Roghan Josh – Recipes from the royal kitchens of India 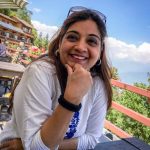 The Persian School of cooking has had greatest impact on Indian cooking. The Maharajas invariably were connoisseurs of good food. Fine kitchens were maintained and best cooks were sought, sometimes there was a cook for each recipe! Among the royalty, it was a status symbol as to whose table provided the most unusual and luxurious fare. The cooks kept their recipes jealously guarded secrets and the precious formulas often from father to son.

In my recipes from royal kitchens of India, I have chosen a few of the most sought after delicacies that include: Korma Shahjehani, Roghan Josh, Chui Mui Ke Kofte (Kofta Catch Me Not), Murg Mussallam Sailana, Machchi ka Soola, Mewe ki Biryani, Khichdi Shirazi, Alu la-Javab, Hare Chane ke Kebab, Lahasun ki Kheer, Gajar Halwa Ala Kism, and many more.

Hope you enjoy them as much as I did putting them together. Bon Appetite.

Roghan Josh is served in every restaurant in India. Originally this is a Kashmiri recipe. After much research I could collect this authentic recipe which offers a unique flavour.

A pinch of Saffron and ground diluted in warm water